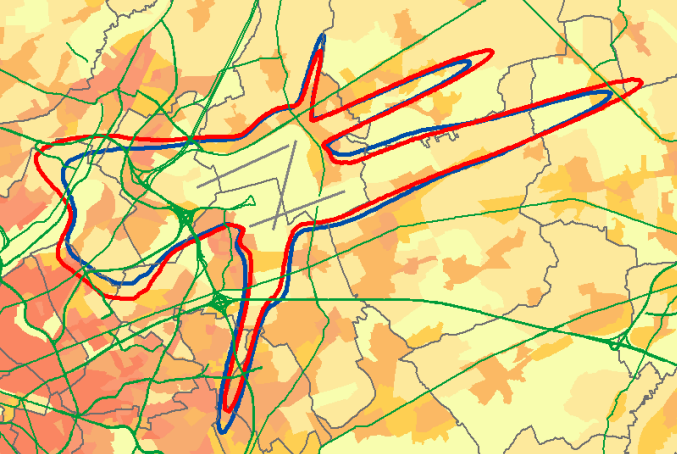 By now all reports/studies on noise abatement at Brussels Airport count thousands of pages and have become the subject of a political debate between the Belgian communities.

In 2013 BeCA and the Flight Safety Managers of all Belgian operators met at the office of the Federal Minister of Transport, explaining that a 12kt (7kt+5kt gusts) tailwind limit was NOT acceptable while most aircraft manufacturers specify a 10kt maximum. This shows that safety is no longer the prime objective of this discussion. It is high time to objectivise this file and create a holistic approach to the noise problem.

Why do aeroplanes need to land into the wind? 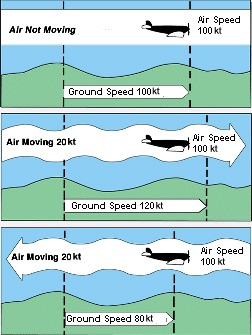 When an aeroplane flies it has a certain speed compared to the air, so-called airspeed Actually this is why the aircraft flies. The speed causes a relative wind to flow over the wings generating lift, an upward force which counteracts gravity. In still air, the airspeed is equal to the speed the aircraft has relative to the ground. But if the air moves (we call this wind) the ground speed will either become larger (tailwind) or smaller (headwind). Because runways have a limited length and aeroplanes also have limited braking capacity, you want to move as slow as possible relative to the ground (i.e. have a low ground speed) in order not to overshoot the concrete.

Another effect of a tailwind during approach is the fact that planes are more difficult to stabilise. Normally pilots approach the runway on a 3-degree glide path. If the aircraft’s airspeed is fixed, adding tailwind will increase the rate of descent needed to keep flying the same angle towards the ground. In other words: if the rate of horizontal distance (ground speed) over time increases, then the rate of vertical distance over time must increase as well. All airlines have a policy for aircraft stabilisation. They say at what height above the ground (runway) an aeroplane should be in on the correct vertical path, at the correct speed with gear and flaps down – ready to land. Tailwind makes a pilot’s life needlessly complex and constitutes a real safety hazard. This is why all international safety guidelines recommend avoiding tailwind landings.

Currently, all existing regulations are based on surface wind measurements. However, wind conditions on the ground can vary significantly compared to the winds (direction and speed) at altitude. We strongly argue for a more comprehensive set of rules taking into account the winds aloft. A couple of years ago a co-operation between Belgocontrol and Brussels Airlines investigated the option to send wind data in real time to the ATC controller through the MODE S capability of the transponder. Why don’t we explore this further and add the gathered data to the discussion? Let’s look at the numbers.

BeCA has been and will be a strong advocate of flight safety. We understand that the political situation in Belgium is not easy, but when safety becomes subordinate to political interest, we need to ring the alarm bell. Let’s look at the numbers. Let’s do the math. Let’s not try to re-invent the wheel. There is plenty of well-founded research available, and they all point in the same direction: stop tailwind landings.

Brussels Airport and Skeyes (the Belgian Air Navigation Service Provider) provide real-time information on the runways in use and the reason for their selection on a dedicated platform. The Brussels Airport Traffic Control website is freely accessible. 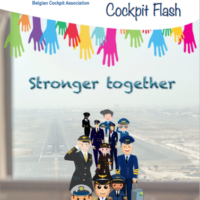