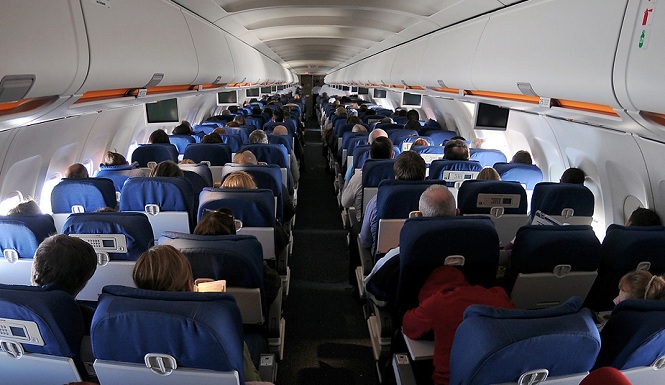 Most modern passenger aircraft are equipped with pressurised, climate controlled, cabins. In spite of the aircraft designers’ intentions, unwanted fumes frequently permeate the interior of the aircraft. Open doors and hatches, as well as certain on-board sources, can introduce fumes to the cabin environment. However, the usual path of entry for fumes is via the aircraft pressurisation and climate control systems. The majority of passenger aircraft utilise bleed air from the engine compressor or from the APU to pressurize and heat or cool the aircraft cabin. As a consequence, any contaminants introduced into the compressor at the point from which the bleed air is extracted may result in fumes in the cabin.

For more than twenty years, concerns have been expressed about a possible relationship between exposure to fumes from a heated engine and hydraulic oils contaminating air drawn into aircraft air conditioning systems in certain types of aircraft, and post-exposure acute and chronic symptoms experienced by cabin occupants. Most reports involve aircrew – both pilots and flight attendants. The term ‘Aerotoxic Syndrome’ has been used by some to describe the symptoms experienced, although this term is not (yet) accepted as a recognised medical diagnosis. Although a number of inquiries have been undertaken, the results have been indeterminate, due in part to the difficulty in finding satisfactory evidence.

The Dutch Public Broadcasting Organisation (NPO) created a 4-part documentary on this topic (Dutch only):

The BBC just recently dedicated an episode of its renowned “Panorama” to the subject:

If you experience Cabin Air Quality event, you MUST report it. EU Regulation 2015/1018 clearly states that “Any burning, melting, smoke, fumes, arcing, overheating, fire or explosion” and “Contaminated air in the cockpit or in the passenger compartment which has or could have endangered the aircraft, its occupants or any other person” shall be the subject of Mandatory Occurrence Reporting within 72h after the event. Please refer to OM-A Part A Chapter 11 which explains your company’s reporting procedure. Most likely this will include a dedicated form which can be used for finding the cause of the contamination. If your company has no specific form, consider using the ICAO form. Keep in mind that if you do not report, this is not only illegal, but no action will be taken to investigate and resolve the issue.

There is a vast amount of documentation available on Cabin Air Quality. Below you find some useful links containing verified information on the subject.

BeCA has been very active on this topic. Since 2014 we participate in the CEN (European Committee for Standardisation) working group, which aims to create a European norm on cabin air contamination. We also chair the Cabin Air Quality (CAQ) working group of the European Cockpit Association (ECA) and we are a member of the GCAQE (Global Cabin Air Quality Executive). Furthermore, we have been very active at both the political and operational level to push for a standardised medical protocol.

Since these topics are currently under scrutiny by both German and UK National Authorities we maintain close ties with our sister organisations Vereinigung Cockpit (VC) and BALPA in order to provide our members with the latest updates. If you want to share your experience on this topic, please contact us.