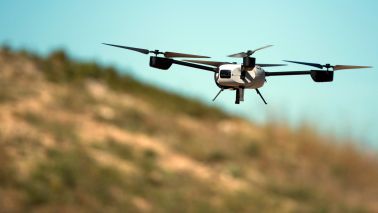 Over the past decades, unmanned aircraft, also called Remotely Piloted Aircraft Systems (RPAS) – or a ‘drones’ as they are more commonly known – have been introduced in increasing numbers across many nations and mainly military services. But today, anyone can buy a remote-controlled aircraft and use it in civil airspace. The commercial advantages and possibilities of these RPAS seem almost unlimited and because of decreasing costs – also the recreational user will be a new partner in airspace.

However, given the shape and size of drones, they might not be visible to other traffic, especially when speed is taken into account. RPAS – even light ones below 1kg – can cause immense damage to helicopters, the impact of damage to fixed-wing commercial aircraft is not even evaluated yet. The potential safety (and security!) risks are immense, and the safety and security aspects of integrating RPAS into airspace need to be carefully addressed by the regulators.

Why is the issue important?

BeCA and ECA are concerned about the potential degradation of the existing high level of aviation safety when considering the integration of RPAS in shared airspace. This is due to the limitations and properties of RPAS and their pilots and especially the widespread lack of knowledge about manned low level operations.

It must always be the case that real people, whether in the air or on the ground, have their safety prioritised over the ability or right to operate a drone.

Currently, the BeCA activities with regards to RPAS are fully aligned with ECA’s drone safety initiative. Reported drone incidents in Belgium are reported to the ECA incident database.

In 2014, ECA created a dedicated RPAS Working Group that gathers experts in the field of Remotely Piloted Aircraft Systems. Their expertise is instrumental in providing input for the regulatory approach and ‘concept of operations’ for RPAS, presented by the European Aviation Safety Agency (EASA) in 2015.

At the moment, EASA and the Joint Authorities for Rulemaking on Unmanned Systems (JARUS), as well as the European Commission are the main European interlocutors for ECA regarding RPAS. In addition, ECA is actively monitoring and participating in numerous meetings at the international level on RPAS.

In April 2015, ECA released its first position paper on Airborne threats of Low Level Remotely Piloted Aircraft System (RPAS) that gives the pilot’s view on the integration of light RPAS in the low-level airspace by both the professional and recreational user. A follow up position paper published in July 2015 – The RPAS ‘Open Category’ in EASA’s Concept of Operations for Drones – describes the position of Europe’s professional pilots on the standards and rules necessary for the safe use of drones in EASA’s ‘Open’ category. For more information, visit ECA’s web page on drones.